Blogs are a Sort of Necromancy

They should be a dead media. They ARE a dead media. But now they're alive again? Hell, even I have one now... again. But culture and society has performed some strange sort of internet necromancy to bring the blog back, and the concept of the personal site is rising from its cold, abandoned grave, shrugging off the dust of Geocities pages past. What gives?

The popularity of long-format content on the web seems to ebb and flow over the years. When the internet was in its earliest infancy, all content was long-format. This was by design and necessity, the internet (Then a mixture of networks, such as ARPANET and early Usenet) was an expensive machine funded by the government and/or high profile academic institutions. You couldn't post anything on it without it being important. The definition of important was very vague of course, and privileged individuals could waste resources more freely. But by and large, most content in the early days was academic in nature, or at least arguably academic. So, long format. Fast forward to the 1980s, these networks were merged and made publicly accessible. Of course, the average person isn't going to have direct connections to network backbones or anything like that, no. They're talking over phone lines, calling in to access points on modems. So, data transfer is a limiting factor at a time when user created content is on the rise. BBSes and Usenet groups were the way of the time, and were the first forms of social media -- user created content aimed at other users -- and internet content became shorter to accommodate this limit. Of course, long content still existed, and many internet users from this era will tell you about times they left their connection active overnight to download large files or long content, but it wasn't the most commonly consumed content. Long form content was dead.

Blip along a decade to the 90s. Most internet users are still on modems, but now they're on fancy, blisteringly fast 56k modems. The concept of measuring speed in baud is functionally dead by this point unless you're a techie or someone who relies on the net for their income (suits sending info back from dilapidated hotel rooms with corroded copper connections could always rely on the old 2800 baud modems to work). And now with the speed bottleneck lifting, long form content came back on the rise. Everyone had a Geocities page of their own. It was a show of technical know-how to take the extra step and host your own content. This was the era of blogs and newsgroups. The beginnings of webcomics. Long form content rose from its ashes, and it was user driven and wonderful. Most people had news aggregators that would hit up RSS Feeds from all their favorite sites to keep up to date. It's an era of the net that many people look back fondly on, myself included. It was also the time of the Dot-com Bubble. The userbase of the internet was exploding, and everyone wanted a chance to monetize it, because of course they did. Capitalism, ho! 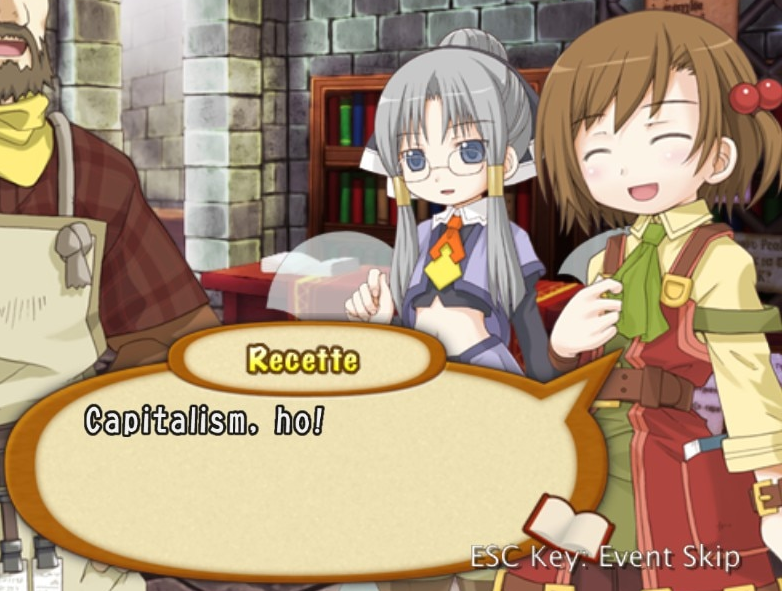 A person who is sufficiently motivated could write an entire Doctoral dissertation about it. The internet was a largely Anarchistic space. I mean this term both in the political meaning of Anarchism and in the colloquial meaning. Content was freely available and freely produced. You were very rarely shoehorned into picking an option you disliked or forced to use a specific platform. It was also an era of light to non-existent moderation and rules enforcement. But it generally worked despite this, because again, you could freely leave any space for another. There was always another site for any given topic, there was always another platform to use, and it was therefore easy to walk away from toxic spaces. The community self-moderated in this way, communities attracted people who were comfortable in those communities. The content brought you to a place, the community kept you there. If the community was poor, well... you'd easily find another place with the same content and a different community. But it's hard to monetize a community. It's much easier to monetize content. And so that's what businesses did on the internet. Their goal was simple, consolidate internet communities into their own walled gardens. The communities are already creating content for free, and if you can make a buck on people coming to see it, then you have free labor making your product for you. All you have to do is distribute it and market it. Of course, Geocities was already doing this, but the monetization of Geocities was much less predatory than what was coming. Geocities would just slap an ad on your page, and encourage you to pay them to remove it. They didn't treat the loose collection of websites like it was a product to be sold...

Knock, knock. It's Classmates. And LiveJournal. And Friendster. And MySpace. The early entrants into the social media space. And they're here to ask you to make an account on their page, and connect your account with the accounts of other members of your community. They'll let your blog and post whatever you like just like Geocities, but it has to fit in their site's format now. Now you don't have to know HTML anymore! These early attempts didn't really understand the value of the data they were collecting. Sure, they sold ads on the pages and sold your email address and info to the highest bidders, that's how they made their profits, but the true value of the data itself was more or less untapped until our old friend Facebook hits the scene. What does this have to do with the length of social media content? The rise of "the algorithm", of course! See, it's hard for a site to be able to interject its advertisements directly in the middle of your content. It would have to find a good spot to put it in that won't break the flow of what you've written, and the ad would need to be relevant to whatever you wrote. It's far, far too messy. Instead, sites like Facebook preferred to drop ads between pieces of content on the feed. That spot between your blog post and your friend's? That's prime ad space right there. And in order to maximize how many ads can be shown, the length of the content should be as short as possible while still keeping readers invested. Sure, Facebook lets you type a post as long as you'd like, but it's not gonna push it out where your friends can see it, that's just not a good use of space. Oh, who's that at the door? Oh it's our new friend Twitter, here to cut out the middleman. Why write an algorithm to optimize post length when you can just restrict the length of posts? And so, long form content is dead... again. You're either restricted on your post length, or your long form content never sees an audience. Either way, same result.

Of course, some people stood by their blogs through this death (Cory Doctorow, I'm looking at you), but mostly it was big creators. People who were able to weather the storm on their clout alone. But it's coming back. The blog is rising from its ashes, long form content is stirring and lives again. It dances like a skeleton at the hands of a skilled necromancer. Why? What changed? What restriction has been lifted this time? Well, it's not a technical change this time, but a societal one. And by society, I mean internet culture (Sorry, we don't live a society this time). This is why it's different. It's not like a phoenix rising this time, it's not coming back on its own. People are consciously dragging it back from the grave. Internet culture has been slowly pulling back and increasing tension on its inevitable backlash against modern social media, and the clasp holding back the elastic has finally started to release. Hosting your own site is once again vogue, and it's cheaper than ever. I personally pay 12 dollars per month for my hosting, and 12 dollars per year for my domain. It's almost painfully cheap to run your own site these days. And yes, this is for unmanaged hosting, but tutorials are plentiful and easy to follow, and once you get any basic content management system installed (Wordpress, Joomla, Drupal), you basically never have to look at it again unless you make it big. So all of the content creators of the world are beginning to do so, they are breaking out of the walled gardens built around them, digging up the corpses of the content they used to love, and resurrecting them. They're a beautiful menagerie of necromancers, and I couldn't be more proud.

These creators are thirsty to own their own content again. They're tired of being monetized without compensation, they're tired of the toxic environments that these social media sites have begun to grow... and everyone has the basic human desire to form communities. It's the one thing these sites have utterly failed at. They never formed a single community, they only assimilated other organic communities and forced them into the same spaces, not recognizing or caring why the communities were separate to begin with. Capitalism-driven Internet Colonialism. A community consists of more than a collection of individuals in a shared space, and the push to monetize the internet never understood that core concept, and it's far too late to begin now.

No thoughts on “Blogs are a Sort of Necromancy”