There's a lovely little article by Jason Michaels and Mady G. called "Am I Queer Enough". Check that article out first here... https://thenib.com/am-i-queer-enough ... and when you're done reading that, join me below the break for a long and possibly rambly breakdown of my feelings on this topic.

I am invisibly queer on most days. Of course, all queerness is invisible during any platonic day-to-day encounter. No one can "see" that you're gay or lesbian. People who insist "they can tell" when someone is trans or intersex are full of shit. Most people don't have flashing neon signs indicating that they're asexual. You get the idea. So what do I mean when I say "invisibly" queer? I'm talking about the absence of social indicators of one's place in the LGBTQIA+ community. Having a partner who is the same gender as you, for instance, would be a clear social indicator of being queer. Many people also have body language cues that they look for to identify fellow queer folk, but I'm not big on relying on these since they tend to lean into certain stereotypes that I'm not very fond of. 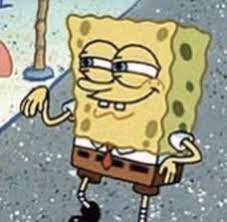 Not every man holding his wrist like this is gay, I'm sorry.

So then what's next for identifying people who are in the community? Shared experiences can be talked about, and make great touchstones, but queer trauma isn't exactly a good ice breaker. Setting? That helps. Obviously if you're meeting someone at a gay bar or at an explicitly queer event like a Pride march, you can have a good level of confidence that they're queer... or at the very least a good ally who won't be upset that you made the assumption that they were. But even then, setting doesn't identify the individual, it identifies the space around them. It's the context that indicates their queerness. You start to see how hard this really is, especially when you drop preconceived notions about "what queer people are like." In fact, most queer people ARE invisibly queer. Instead, we rely on things like painted fingernails on masculine presenting people, accessories color matched to pride flags, shirts with queer coded language on them, etc. These things are clear and obvious indicators that someone is in the community. They act like social passports, giving someone who is invisibly queer the context needed to be perceived as queer. And I have a hell of a love/hate relationship with them.

The Good, The Bad, and the Fabulous

I don't dislike the passports. I had fun painting my fingernails in a glittery orange over labor day weekend. I would absolutely dye my beard pan pride colors if I worked in an accepting environment. I'm considering a piercing or two that i could pop a pride bead on, and the pan pride kirby trio keeps screaming in my head to be tattooed onto my chest at my earliest convenience. I crave the opportunity to express my identity, and cherish the chances I get. The sense of pure validation that I can give myself in this way is astounding and wonderful. Living in a city away from my family means I don't have to worry about being outed to a family that would privately shun me anymore. It's awesome! I want to do it, but I hate that I have to do it. It sounds silly but stick with me.

I'm a pansexual, polyamorous cis guy. My primary partner and spouse, Neph, is bisexual, polyamorous, nonbinary, and passes as a cis woman. In our normal everyday life, we are easily and readily perceived as a cis straight couple. It's a privilege we have, we don't have our relationship side-eyed every time we hold hands in public, I don't have to re-out myself every time I introduce my spouse, etc. This perception unfortunately extends to the queer community, as well. If we don't bring along another partner/meta or a queer passport, we get readily excluded from the community. I absolutely hate this. I hate feeling like my identity is a costume I have to wear to be accepted into my own community... even when it's a costume that I'm excited and happy to don. I understand that our spaces should be kept free of those that would harm us, but these aren't exactly fool-proof shibboleths, and we shouldn't be placing these sorts of expectations on each other. Queer people shouldn't and don't owe each other queer presentation. If someone tells you their identity, believe them. If they turn out later to be a bad actor, give them the boot. It's not complicated, we don't need gatekeepers as long as we have good bodyguards.

Of course, I also have to question myself here. It's easy to be angry in this way, but I can't deny that I have a lot of internalized homophobia chipping away in my head. When I'm caught in a depressive episode, my depression brain (I named it Malice. It's an asshole!) often won't shut up about it, slinging any number of harmful and problematic things at me. Echoing words I've been told so many times to hurt me, and words that devalue my identity. So of course part of me wonders if maybe this is an inkling of that internalized homophobia. Would I be less angry about this if I was more comfortable with my own identity? Maybe comfort isn't even the right word... how about confident? Would I be less angry about this if I was more confident with my own identity? If I didn't constantly question myself and judge myself, would this bother me? Or is this question itself an example of my lack of confidence, showing that I can't be confident in disliking an expectation set on me? 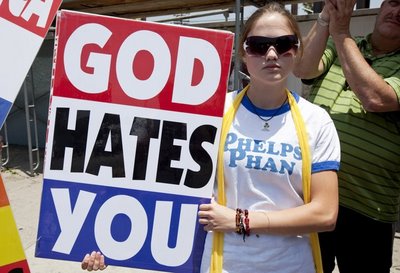 Then there's the queer doubt. The question of "am I queer enough?" like the article that inspired this one. I pass for straight in most contexts, I'm cis. Am I queer enough to... be queer? Have I suffered enough under the umbrella to claim it? Is my identity valid? What if I don't fully understand my identity yet? I think a large number of bi/pan individuals can relate to the weird sense of self doubt. I have had days where I literally just got done hooking up with another guy and literally while I was still laying in bed with him wondering to myself, "yeah I had a great time and would do it again, but what if I'm actually just straight?" as if that makes any sense at all. Newsflash, Gilly, you're a dude who just had a great time fucking another dude. I'm at least 80% certain that qualifies you as not straight. A lifetime of bi/pan erasure and people unjustly doubting my identity has, shockingly enough, led to me unjustly doubting my own identity. Internalized Polyphobia is also here to say hello for the same reasons! Just got done telling Solstice how much I love it, then Malice pops up and says "Are you sure you're polyamorous and not just cheating on Neph?" and then hilariously later that same day I tell Neph how much I love them and Malice pops up again and says "Are you sure you're polyamorous and not just cheating on Solstice?" Okay, calm the fuck down, depression lizard brain, I love them both, they're aware of each other, we've discussed this relationship thoroughly and we're all very serious about consent. There's no cheating here, you're just spouting polyphobic nonsense into my ear because that's the social climate I grew up in. Self-doubt is a sneaky piece of trash, and it worms its way into every part of my life.

I just want the people around me to accept my queer status without me having to explain it. I want queer citizenship, not queer passports. This is the best analogy I can make, and I hope it makes the point clear here. I don't mind my passports. I like the way they look, I'm excited every time I renew them, but I'm ready for my citizenship at this point. I don't want another queer visa renewal. I want voting rights on the queer agenda that all the straights think we have. I'd like to request that the bisexuals share their lemon bar recipes with the other queer folk, and I also want some pickles from my trans friends. I think we can push these requests onto the ballot for next session. I also think I've dragged this analogy too thin and now I'm just making jokes at you. I don't have a conclusion. This article doesn't have a call to action or some final deep thought. It's just a documented trip down my own mental rabbit hole, and I hope you've enjoyed it. Thanks for stopping in. See you next time.